A great article by Didier Marlier from the Enabler’s Network got me thinking about the impact of technology to overall leadership styles needed to stride in this modern time and age. Didier kindly asked me to elaborate these thoughts a little further and the post below can also be found from his Enabler’s Network blog. 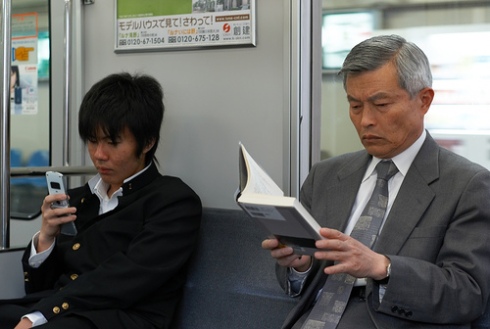 John Maeda often talks about creative leadership vs authoritarian leadership. In many ways, these 2 leadership types or styles stem back to the early days of culture and are described on many levels by cross cultural experts like Trompenaars, Hofstede and Edward T. Hall , as power distance. In certain cultures, leaders were considered as “demi gods” who had absolute power and were never to be questioned. In other cultures, leaders were chosen through a collectivist approach in which the overall community assigned their leader but also played a part in the overall decision making.

In business, the traditional leadership styles of the “authoritarian leadership camp” have been dominant throughout the century. This has been the preferred school of thought and used as the nucleus of management education for decades. As societies and cultural landscapes evolve, so do the technological enablers around us. Whether it’s the emergence of radio broadcasts, TV, the internet or mobile communication, these have profound impacts on societies as well as overall cultural norms. These technological disruptions are also forming interesting paradigm shifts within societies, allowing us to witness an interesting generation shift in not only societies, but also in how the notion of a leader is shaping and evolving.

Authoritarian leadership relies strongly on avoiding mistakes. This kind of leadership strides and continues to be relevant in certain circumstances. For example, the military or car factories rely on everyone playing exactly their part in the picture, responsibility is divided in vertical hierarchy and “the parts of the machinery” are expected to perform (and stick to) their task. The leader is the person who asserts his power, accountability and possesses all the answers. It is very much about being in control and managing through authority. There is a striking resemblance between traditional media and authoritarian leadership. It is very much about the brand broadcasting (and controlling) the message across the numerous media touch points. In this scenario, then brand is in control and the message is very much crafted from a company perspective. However, as we all know the media industry in undergoing a massive transformation. The emergence of the internet has led us to scenarios in which brands are no longer able to control the message, consumers are more and more in control and successful brands are those who are capable of adding value to their customer through serving their social practices. These disruptions cause for a fundamental rethink on engagement strategies, and leadership.

Creative leadership stems from a different set of values. It bubbles from uncertainty, from creativity and experimentation. These types of characteristics coincide with the way in which the overall internet landscape has come to being. When thinking about the overall evolution of the internet, it has always been one that supported open standards and information sharing. Where in the past good business ideas were kept secret, these days they are shared openly across virtual networks in hope of recognition and collective assurance, acceptance and collaboration. Because the internet landscape is evolving so rapidly, it becomes more and more difficult for anyone to really become a guru in this space. Previous titles and merits are important, but being successful in this space requires people to go through a continuous rebirth of knowledge, just as a Phoenix bird goes through a rebirth every thousand years (except internet cycles are probably closer to 1 year instead of 1000 years). Relying on legacy and a “what has worked in the past, will work again” mentality is detrimental in the online space.

This is where I believe the fundamental generation gap in leadership is coming to life. It is not a generation gap that is related to age, but to mind set. Your personal equity as a leader relies on your ability to deal with ambiguity, uncertainty and a rapidly changing landscape. You need to prove yourself every day, not only to yourself but especially to your team. As it is impossible to be an expert in everything, you become more dependent on your network and in the end, what you know becomes irrelevant. It’s important to know, “who knows” and that the person “who knows”, respects you and shares your vision. Creative leadership strides in the digital era, not only because it shares common characteristics to the evolution of the web, but also because it shares many of the same values that enabled the internet to become what it is today. The true power of creative leadership is that it creates a following which is based on mutual goals, a shared vision that unites people not only from a rational perspective, but also from a heart and “gut” perspective.

Just as brands need to rethink their engagement strategies with their consumers, overall leadership practices need to live up to the changing times. Is your mind, heart and “gut” ready?